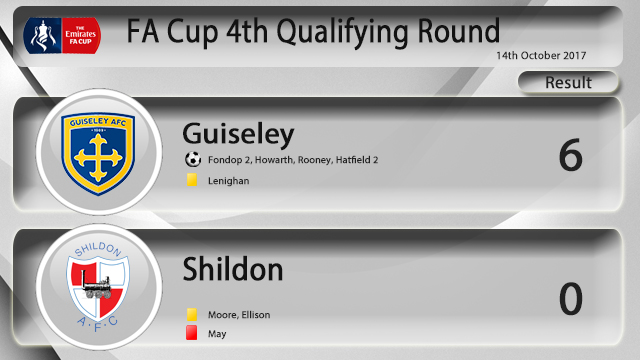 Shildon went out of the FA Cup with a 6-0 defeat at Guiseley.

An even first half ended 0-0 with Shildon creating the best chance when Harwood found Lewis Dodds free in the box, but his shot was saved by the Guiseley keeper. Shildon’s defence was outstanding in the first half holding out well against a side looking to get the ball launched forward at every opportunity.

In the second half  Guiseley scored 3 in the first 15 minutes through Fondop, Holden and a penalty from Rooney which Kyle May sent off for conceding. 3 Further goals, 2 from Hatfield and Fondop’s second made the final score 6-0.