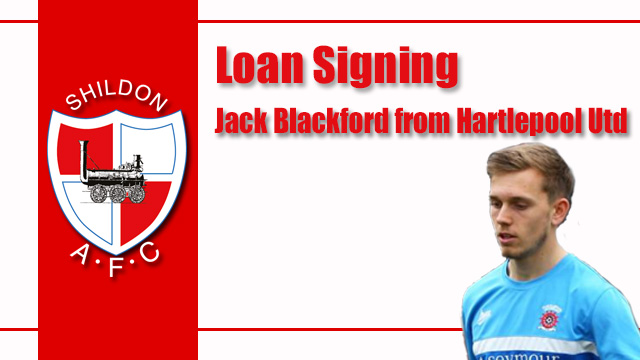 Loan Signing: Jack Blackford signs on loan with thanks to @Official_HUFC #ShildonAFC

The FA have this afternoon confirmed that Jack Blackford has joined from Hartlepool United on loan. He can play on either flank and is blessed with pace and trickery.

Jack has previously been on loan at both Whitby and Darlington and has had a trial with Man City and Aston Villa have also been linked with a move for him.

The 19-Year-old was also named by Rangers in their youth squad for the Hong Kong sevens back in May this year. The HKSS tournament featured the likes of West Ham, Leicester, Marseille and Bayer Leverkusen.

Jack will go straight into the squad for tomorrow’s Ebac Northern League Division One game against Guisborough Town.