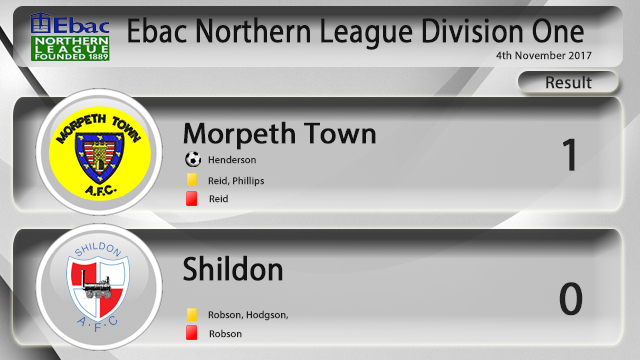 Shildon’s 100% away record in the league ended with a 1-0 defeat at Morpeth.

Chris Reid was sent off for Morpeth late in the first half after receiving 2 yellow cards in the space of 10 mins.

Liam Henderson scored the only goal of the game with 17 mins remaining.

In the final minute of the game Matty Robson was sent off after receiving his second yellow of the game.