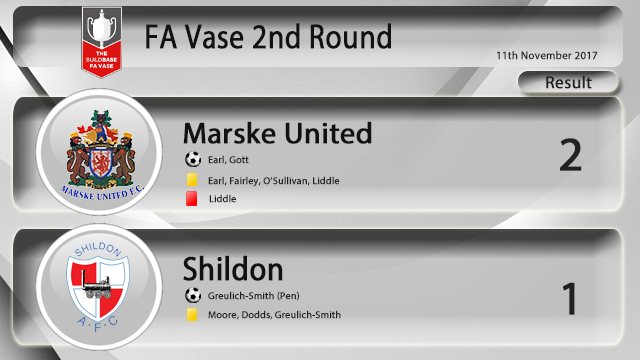 Shildon were knocked out of the FA Vase after a 2-1 defeat away to Marske United after extra time.

Danny Earl opened the scoring for Marske in the 4th minute. Billy Greulich-Smith scored from the spot to level after Jamie Harwood was brought down in the box sending the game into extra time.

With just about the final kick of the first half of extra time Craig Gott found the corner of the net to send Marske into the draw on Monday.