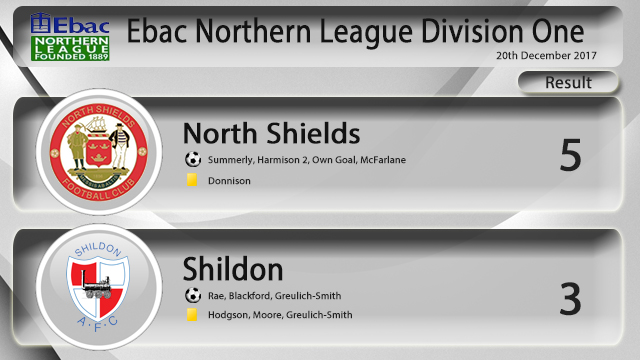 Chasing the game Shildon pulled 2 goals back in the first 15 minutes of the second half with a Micky Rae header and a Jack Blackford strike.

Unfortunately, at the other end, Carl Jones making his first appearance since returning to the club turned into his own net to make it 4-2. Billy Greulich-Smith then scored with a header to make it 4-3.

In the last minute of the game, Craig McFarlane scored to make the final score 5-3.

Next game is at Dean Street against Billingham Synthonia on Saturday 23rd December.