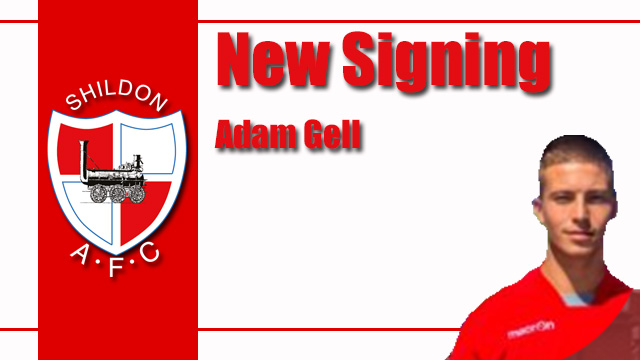 Shildon AFC are delighted to announce that Adam Gell has signed from Evo-Stik Premier Whitby Town and will be in the squad for Saturday’s game against North Shields.

Player/Manager Daniel Moore, speaking to the website said “I’ve been a massive admirer of Adam for a number of years, so when he became available I jumped at the chance to bring him to the club. He has been a big player for Whitby in his recent years and his desire to play higher up the pyramid is exactly what’s needed within the squad to push us on to finish in those promotion places.”

Adam is described as a hard-working box to box midfielder, considered one of the best in the Northern League while he was at Guisborough. Gelly is very comfortable on the ball and acts as the perfect go-between to connect defence with attack.

Welcome to the Club Adam.