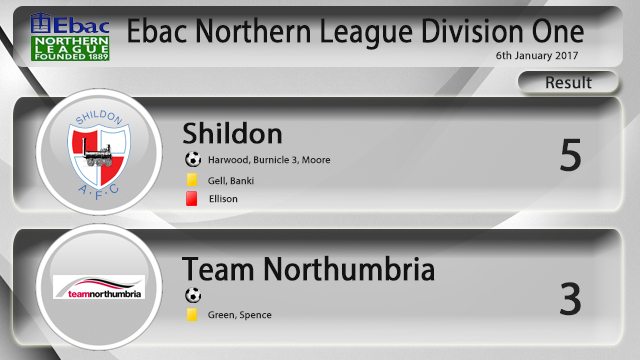 Shildon won their first league game of 2018 with a 5-3 victory at home to Team Northumbria.

Following on from midweek Jamie Harwood opened the scoring and Adam Burnicle added a second soon after. Team Northumbria pulled a goal back before Daniel Moore added a third.

At the start of the second half Team Northumbria made it 3-2. Adam Burnicle scored Shildon’s 4th 5 minutes later. Team Northumbria then were awarded a penalty which they scored to make it 4-3. Burnicle then completed his hat-trick. In the final minute Marc Ellison was shown a straight Red Card.