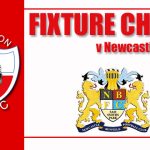 Owing to Marske United and Stockton Town’s continued run in the FA Vase our game away to Newcastle Benfield has been changed from 4th April to this coming Saturday 3rd March weather permitting. 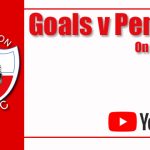 Goals from the match against @PenrithFC now available on YouTube 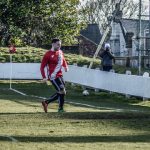 Photos from our game with Penrith now online 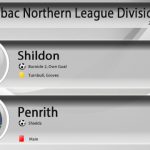 Shildon remain sixth in the Northern League after a 3-1 victory against Penrith. Adam Burnicle scored twice in the first half. Adam Main was sent off just before half time for a late challenge on Matty Robson. In the second half an own goal gave Shildon a 3-0 advantage. Connor Shields scored for Penrith. 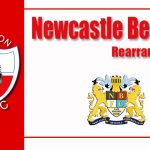 The postponed game on the 14th February against Newcastle Benfield has been rearranged and will now be our last game of the season to take place on Wednesday 25th April, Kick Off 7:30pm. 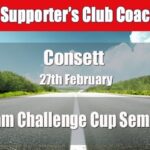 The Supporters Club are running a bus to the Durham Challenge Cup Semi Final against Consett on Tuesday 27th February. Travel times to follow.   If you would like to reserve a seat please contact Paul Mulley on 07704 828 522 asap. 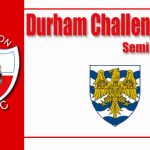 The Durham Challenge Cup semi final against Consett will be played on Tuesday 27th February, Kick off 7:30pm at the Belle Vue Stadium. 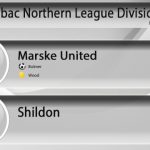 Shildon moved down to 6th in the Northern League after a 1-0 defeat against Marske United. Matty Robson had a penalty saved in the first half and then put the rebound wide. Several other chances were missed in both halves. The winner came from Bulmer who struck after Liversedge’s save rebounded to him on the […] 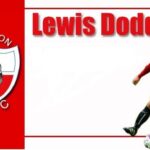 Lewis Dodds has left the club after having his contract cancelled by mutual consent. We wish Lewis all the best for the future and thank him for his efforts at Shildon. After signing from Spennymoor in September 2015 he went on to make 122 Appearances scoring 8 goals. 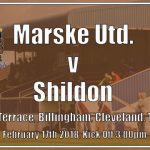