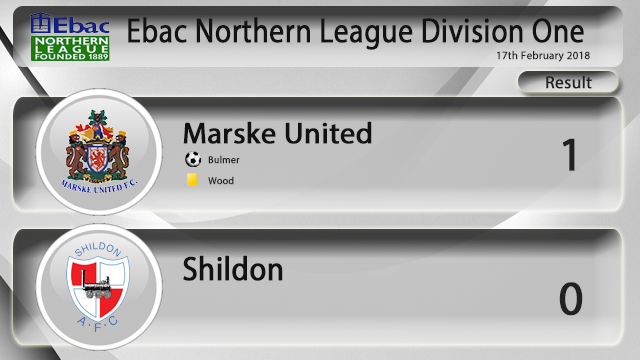 Shildon moved down to 6th in the Northern League after a 1-0 defeat against Marske United.

Matty Robson had a penalty saved in the first half and then put the rebound wide. Several other chances were missed in both halves.

The winner came from Bulmer who struck after Liversedge’s save rebounded to him on the edge of the box at the start of the second half.