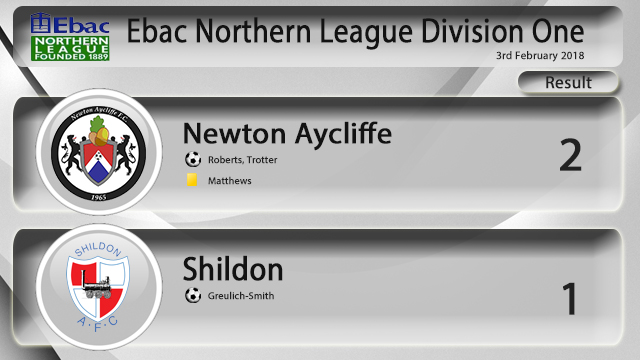 Newton Aycliffe took all three points in the local derby.

Jordan Roberts & Ben Trotter scored within the space of 2 minutes quarter of an hour into the game to put Shildon on the back foot.

Billy Greulich-Smith pulled a goal back to Shildon hope but despite a lot of pressure couldn’t break down the Newton Aycliffe defence.

The result leaves Shildon in 6th place in the Ebac Northern League.