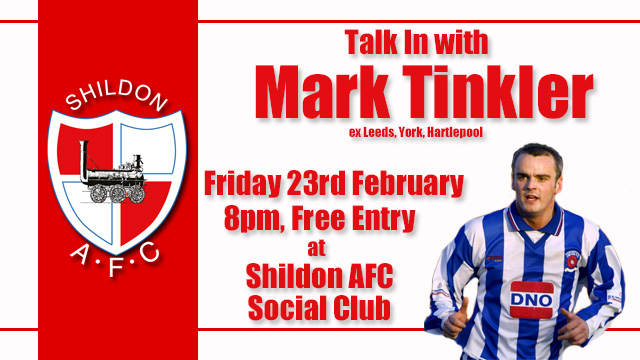 Talk in with Mark Tinkler at Shildon AFC Social Club

On Friday 23rd February Shildon AFC will be holding a talk in with Mark Tinkler who is the current Academy Coach at Middlesbrough FC.

In his 17 year playing career he made over 400 appearances scoring 45 goals. The majority of his appearances with Hartlepool United along with  York City, Leeds United and Southend as well as playing for Shildon.

The evening will start at 8pm and will be free entry.