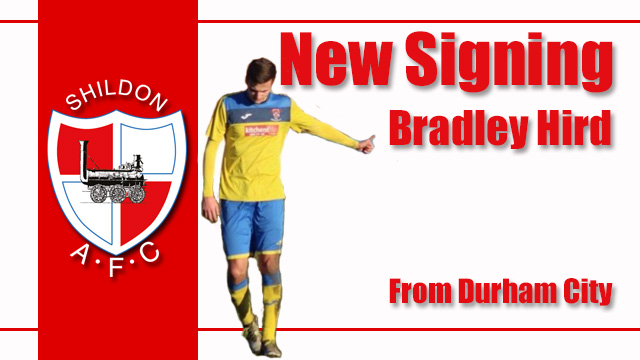 Welcome to the club Bradley Hird from Durham City.

The striker has scored 20 league goals for Durham City this season and is second top scorer in Northern League Division 2.

Delighted with the signing player/manager said “Having watched Brad several times I know he has bags of potential and has already proved he can score goals. He is another young footballer we have added to the squad who is hungry to compete for trophies and play as high in the pyramid as possible and I am excited to have him at the club”

He will go into tomorrow’s squad for our game against Ryhope CW.