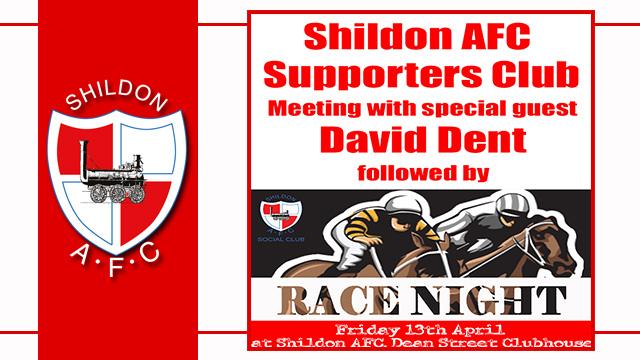 The next meeting of the Shildon AFC Supporters Club will take place in the clubhouse on Friday 13th April @ 7 pm with special guest Shildon AFC Chairman David Dent.

The Supporters Club will also be a presenting a cheque to the Cystic Fibrosis Charity from the Charity Cricket game played against Glaxo Sports & Social Club.

After the meeting there will be a Race Night hosted by Honest Wilf.

All existing members and anybody wishing to join are very welcome to come along.