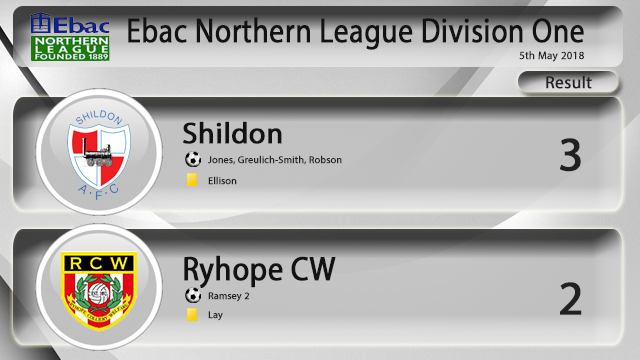 Shildon finished 3rd in the Ebac Northern League Division One after a 3-2 victory against Ryhope CW at Dean Street.

Carl Jones scored to give Shildon the lead 7 minutes into the game. Just before half time Stephen Ramsey scored to send the teams in level at half time.

2 minutes into the second half Billy Greulich-Smith gave Shildon the lead heading in from close range. Matty Robson then ran the full length of the pitch to score and make it 3-1. Stephen Ramsey then scored his second of the game to make the final score Shildon 3 Ryhope CW 2.