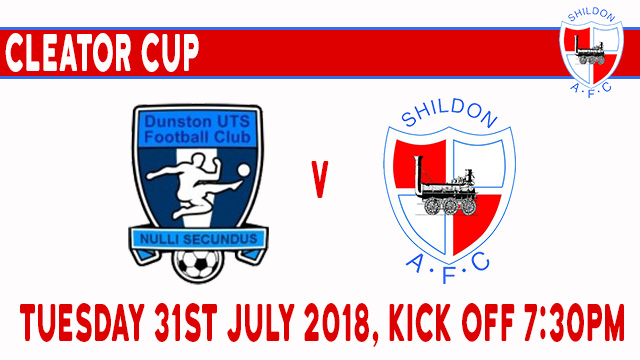 After discussions with ourselves, The Ebac Northern League and Dunston UTS we have agreed, and the game will be played on Tuesday 31st July, Kick Off 7:30pm at The UTS Stadium, Wellington Road, Dunston, Gateshead, Tyne & Wear. NE11 9JL