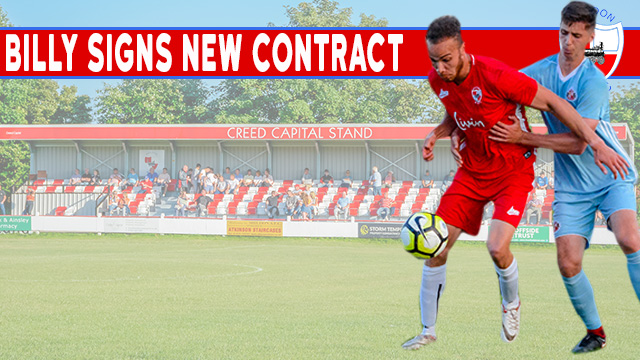 Shildon forward Billy Greulich-Smith has committed himself to Shildon for a further 2 years by signing  a new contract.

Chairman David Dent said ” I’m absolutely delighted that Billy has extended his contract. This is a massive step forward in our plans for the future with one of the top players in the Northern League committing his immediate future to our project here at Shildon”.