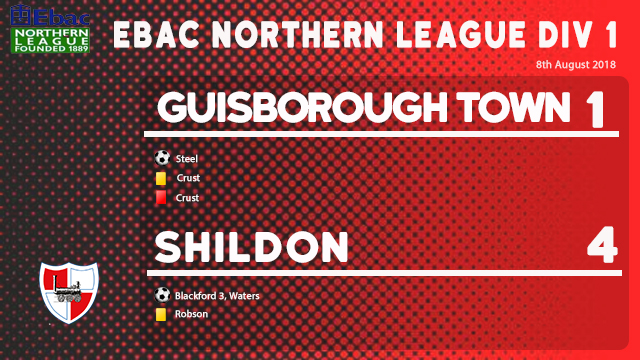 Blackford opened the scoring after 13 mins. Nathan Steel then replied for Guisborough to send the teams in level at half time.

The game turned in the 67th minute when Matty Crust was sent off after receiving a second yellow for kicking the ball away. 2 mins later Matty Waters restored Shildon’s lead. Blackford then added a further 2 to complete his hat-trick.