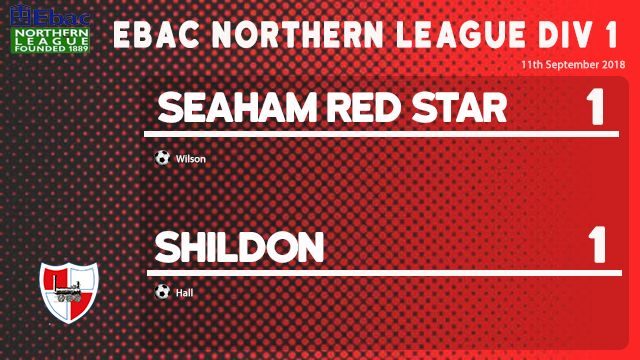 In  a wind affected game Daryll Hall scored his first goal for the club on his return to gain a point.

In a wind affected game the teams went in goalless at half time. Danny Earl and Keith Graydon both had shots saved by the Seaham keeper with Shaun Newbrook also making a good save to keep it 0-0.

After 74mins Daryll Hall rose highest to meet a Keith Graydon free kick and head in to back of the net to give Shildon the lead. 3 minutes later though Seaham leveled through Wilson.