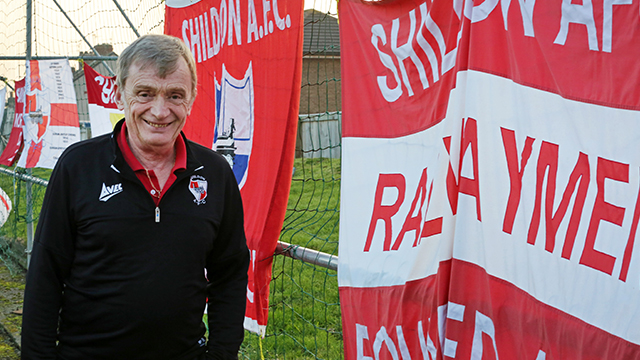 Several charities have benefited from the fundraising efforts of Shildon AFC supporters in the past 12 months.

Norman Smith, Shildon AFC director and club house manager said : “this charity is one which has recently touched our football community and we are just happy to help as much as we can.  People were so generous leading up to the event and on the night. There was an auction led by auctioneer Mike Amos, raffles and bonus ball numbers were sold in the weeks prior to the night to win a signed shirt donated by Middlesbrough player Lewis Wing.

In October, Shildon AFC’s kit lady Sue Charlton raised £2,800 in memory of her husband who sadly died in January 2013 whilst supporting his team.  The money will be split between Diabetes Uk, The Prosthetic Limb Centre at James Cook University Hospital and Shildon AFC.

The club collected £560 for the Royal British Legion Poppy Appeal and over the year the Shildon Supporters Club have contributed towards local charitable causes such as the All Saints Beavers Clubs and Scouts of Shildon.

David Dent, chairman of Shildon AFC said : “We are lucky to have such a strong football community that are actually more like a family unit.  These aren’t the only times supporters of Shildon have dug deep for worthy causes, they take part in and run events every year which help hundreds of people”

They have recently launched a food collection which will be donates to Shildon food bank to help alleviate the strain the food banks face in the festive period.  Any donations are welcome and can be dropped off at Shildon AFC or at  Livin Foundations building, Main Street, Shildon.