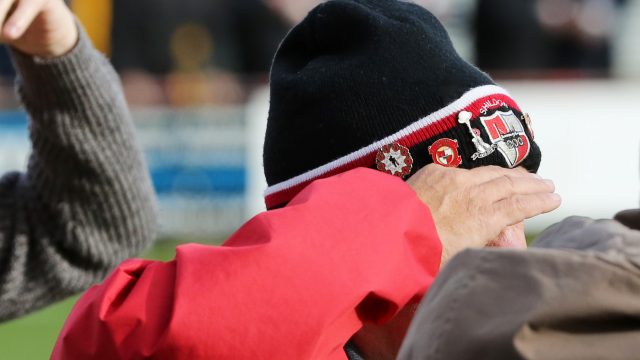 Shildon’s new sporting director invites fans for Q and A

Martin Gray has wasted no time is taking steps towards building on Shildon AFC’s strong foundations to help them realise their full potential.

Over the past week Gray and chairman David Dent have met with Shildon’s long-standing board of directors, Shildon Development Centre CIC and key sponsorship partner Livin to discuss their future steps.

He has spoken with the players and coaching staff and made himself available at games, including recent away match at Barton Town which saw them take home a 2-0 victory, sending them through to the next round of the FA Vase. He was also at Tuesday’s eBac Northern League Division One home defeat to Dunston UTS.

As part of these next steps, Martin Gray has invited Shildon fans to an open Question and Answer session on Friday November 23 from 7pm to 9pm at Dean Street, Shildon.

Martin Gray said : “Shildon AFC are renowned for their strong community support and the introduction of a new face, in a new role, can cause some unrest and I understand some people may be sceptical and wonder what the agenda is.

“But I need the fans to understand that the agenda is simple. I want to make this football club successful and help achieve the chairman’s ambitions and we need to listen to them and work together. I want to provide reassurance and an open platform for fans to get to know me and see how I fit into their community and most importantly how we can work together to take the club forward”.

“I know they must have plenty of questions. What is a sporting director? What can I bring to the club? What are the long term aims?
“It is an opportunity to share our thoughts and aspirations with the fans but it is important that we listen too. I want to embrace what the club has and bring even more of the community on board. To do that I know we need to listen the fans.