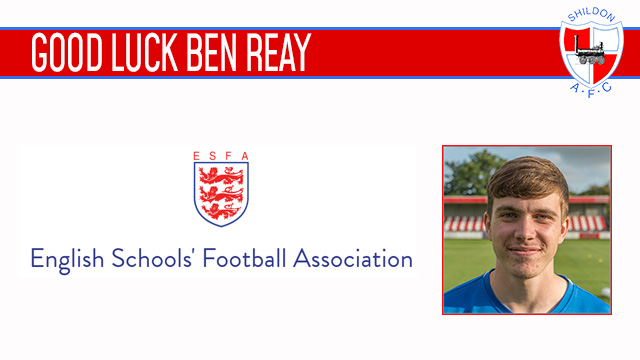 Ben Reay is one of 15 boys who have been selected to represent the North Of England in the final England U18 Schoolboy trials.

Following a second round of trials which saw the Midland and North regional squads travel to Stafford Town FC, Ben has been selected to represent the North of England in the final stage of trials on 30 November.

The squad will face off against the South of England team for the final stage of the trials on Saturday 30 November. The southern squad is due to be selected when the South East and South West regional teams travel to Rectory Park, Middlesex on Sunday 17 November.

Congratulations to Ben and best of luck in the final round of trials.