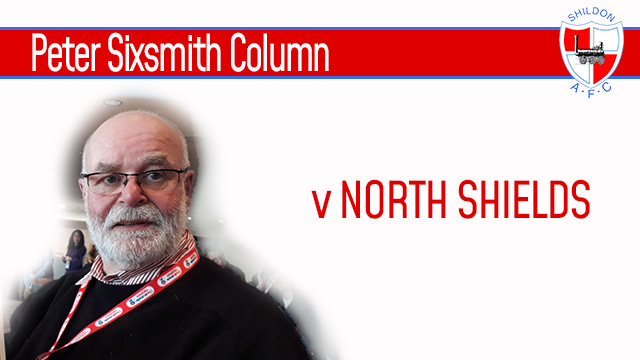 A warm welcome to North Shields, one of several Tyneside clubs in Division One of our league and one who are, like us, there and thereabouts in the table. I hope their journey through the Tunnel, along to the A194(M) and down the A1(M) went well and that they stopped to admire the sheer architectural beauty of the new Amazon warehouse at Integra 61, near Bowburn.

All those things you instantly want will be stored there and it will be staffed by men and women on low to zero hours contracts who will walk miles and will have to carry bottles in their pockets if they need the toilet. Aaah, the wonders of the modern gig economy – and all done by paying the barest of bare minimum tax.

We were well beaten 3-1 in October when we visited Ralph Gardner Park on a night where it rained heavily – as it did on Tuesday of this week, causing an attractive home game with Billingham Town to be postponed. This was the second relatively late postponement in a couple of weeks and although there was a downpour at 5.00p.m., I wonder about the reasons for calling off games at such short notice.

I strolled up Adelaide Bank to Elm Road and was turning the corner to walk down Thornhill Gardens when I saw that there were no floodlights on. I reached for my phone, looked at the Twitter page and saw it had been called off at 6.30.

Now, you may say “More fool you for not checking” and I accept that that is a fair comment, but there had not been a great deal of rain during the day, Monday had been dry and windy, so I assumed that the game would be on. However, referees have to take into consideration whether the ball will run freely, whether the pitch will cut up badly and whether there is any danger to the players from the state of the pitch.

To which I would say, “There is always danger to players, whatever the state of the pitch;” every time you step over that white line you are in danger from a misplaced tackle, a malicious hack, a coming together of heads or an opponents mum with a brolly who may batter you over the head with it. I am loath to criticise Health and Safety because we need it – Grenfell Tower being a case in point – but sometimes  referees need do to think carefully and take account of the work that has gone into preparing a game by volunteers.

So, I walked briskly home (I don’t do running), started the trusty Mazda and popped over to Newton Aycliffe for their game against Guisborough. As I parked up in Moore Lane, the lights were on. By the time I got out of the car and it had locked itself, the lights were off. Texts were received informing me of that and I subsequently discovered that the match referee had called it off at 6.45.

So, it was back home, open a couple of beers – Thwaites Lancaster Bomber and Marston Pedigree – and half watch an entertaining game between Chelsea and Valencia while cursing the weather, the refs and life in general.

Billingham Town did not have to travel far, Guisborough Town a little more, but imagine if this happens if ourselves or Newton Aycliffe are promoted and a team from South Yorkshire (Stocksbridge Park Steels) made the journey, arrived in plenty of time and found that a reluctant ref called the game off when the pitch was probably playable. An evening wasted for them, a large coach and frustration with a capital F.

It was also a shame because we were unable to build on two excellent results in the previous seven days. I was not at Northallerton due to work commitments (“Ho, Ho, Ho”) but I did see that tremendous win over Hebburn Town. They came as promotion favourites and left whipped and cowering as we turned in the best performance of the season by a country mile.

It was a fine team performance, with the defence looking solid, the midfield busy and the forwards a constant distraction to a ponderous Hornets defence. But special mention should go to the admirable Billy Greulich-Smith, whose hat trick consisted of a quick reaction to some sloppy defending, a well-placed shot while under pressure and a header straight out of the Niall Quinn book of towering headers which was perfectly executed and perfectly placed. Matty Robson’s goal would have graced the Maracana in Rio, the Bernabeu in Madrid or Brunton Park in Carlisle, let alone Dean Street on a chilly December night.

Today’s game is an important one for both teams. Both are on excellent runs; we have taken maximum points from the last five games; Shields have two less. Both have strong playing staffs with the visitors having the relative cornucopia of players on North Tyneside to choose from. It should be a good game and I hope that the referee is not adverse to a little water coming above his laces line.

It’s not been a good week for me as the other SAFC are close to total implosion and a new government which is the antithesis of my believes and principles is elected. I look forward to hearing of a vital win while I am Ho,ho,hoing in Newcastle.