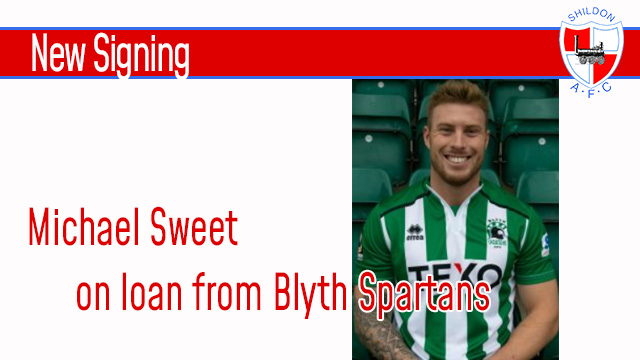 Michael Sweet has joined on loan until the end of the season from National North side Blyth Spartans.

Sweet has led the Spartans attack regularly this term with 30 appearances to his name with a goal return of five. He signed for Blyth Spartans in the summer after scoring 128 goals in four seasons at Consett AFC.

We are delighted to secure Michael for the rest of the season to help with our promotion push. He’s a proven goalscorer at this level and will go straight into the squad for our game against Seaham Red Star on Saturday (Subject to League Registration).

We would like to thank Blyth Spartans for their co-operation in making this deal happen.