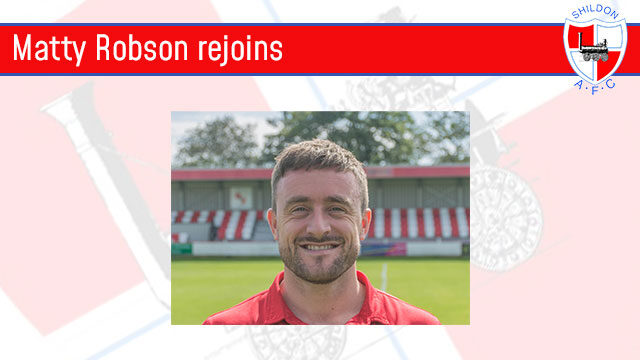 One in and One out on Loan

Shildon favourite and last years Manager’s and Director’s player of the year, Matty Robson, has rejoined the club as cover for Jordan Lavery who is suspended for 3 games after his sending off against Newton Aycliffe. Many Thanks to Tow Law Town for their help with the transfer.

Dom Curl has moved to Tow Law on loan to gain some valuable game time.

Matty goes straight into the squad for tomorrow’s game against Chester-le-Street in the FA Vase.