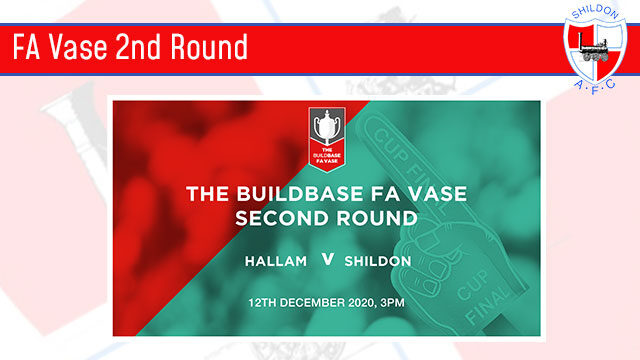 Our next opponents in the FA Vase will be Hallam FC after they won an entertaining game against AFC Blackpool 4-3 yesterday.

Sadly the game will be played behind closed does with both areas currently in tier 3 restrictions.

Hallam FC are however looking to stream the game live so hopefully supporters will be able to view online.

The game will take place on Saturday 12th December.