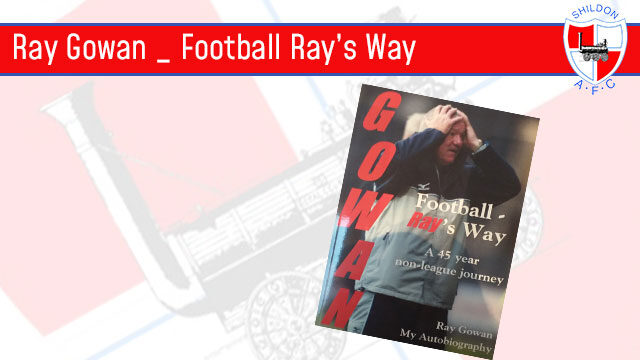 Ray Gowan who spent 14 Seasons at Shildon, including the FA Cup first round game against Notts County,  has released a book looking back over his 45 years in non league football as a player and manager.

Speaking to the website Ray said of the book “I am very pleased with the quality of the printing and the book will be a great addition to any quality bookshelf.

It covers my time as a player in the South and the Northern League and Northern Premier for Gateshead.

I went to SA in 1971 and managed my first team. I returned to the UK in 1976 and managed at Dormans in The Teesside League and then Brandon, Spennymoor, Shildon (14 seasons), Ashington, Esh Winning and finally West Auckland. I returned to SA in 2008 and have lived here ever since.”

If you would like to order a copy of Ray’s book, please email raygowan@hotmail.com