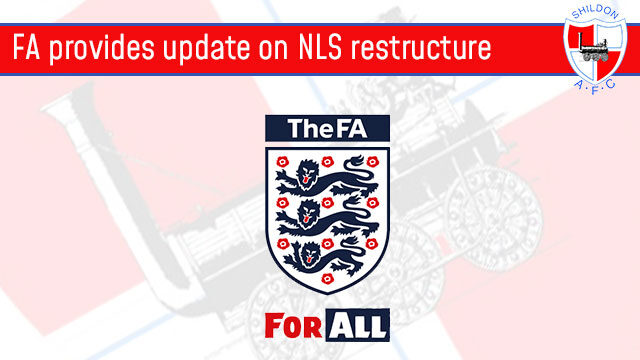 Following the curtailment of the 2020/21 league season for Steps 3-6 of the National League System (NLS), The FA’s Alliance and Leagues Committees announced that they would consider the feasibility  of undertaking the restructure at Steps 4-6 (which was intended to take effect from the 20/21 season but has been delayed due to the impact of COVID-19).

The Committees have now met to consider this matter and will be recommending to FA Council that the structural changes to the number of divisions in the NLS be completed in order to address the imbalance that currently exists and achieve the ‘pure pyramid’ at Steps 1-6.

As part of the proposals, 110 clubs would be upwardly moved within the pyramid at Steps 4-6 in order to facilitate the new divisions, protecting the integrity of the NLS whilst supporting clubs with a desire and ambition to progress, without undermining the stability of the system. The restructure will have a positive impact on a significant number of clubs, supporting them with reduced travel and costs and providing greater opportunities for generating income via localised fixtures.

FA Council will be considering the recommendations of the Committees in due course and Clubs and Leagues will continue to be kept updated on this process.

In summary, the Committees have proposed that:

[1] NB: A Club must have played in each of the two seasons (both at the same Step) in order to be eligible for upward movement via this process.