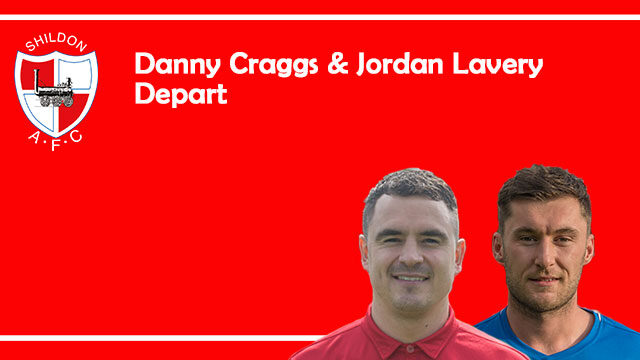 Shildon AFC regrettably announces that Danny has chosen to move on. Whilst there was always a role for him at the Club , understandably he wants to play more football and the Club will not stand in his way.

On the pitch , Danny (55 Appearances, 18 Goals) played a big part over the course of the last two seasons in Shildon AFC being invited to take promotion. Off the pitch he was one of the nicest people you will ever meet. He’s a class act!

We also wish Jordan well as he has decided to move on after finding his playing time limited due to injury and the form of other players in his position. Jordan made 39 appearances since joining in 2019.

Best of Luck to them both.