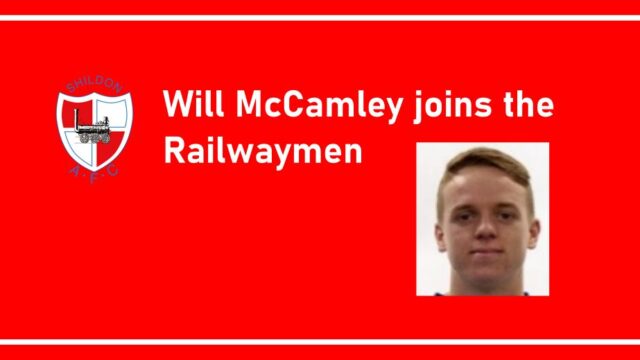 We are delighted to announce that Will McCamley has signed a contract to join Shildon AFC.

Will started with the South Shields Academy side between 2017 and 2019 and his performances there earned him a move to Championship side Huddersfield, he joined Hyde United on loan briefly but was quickly recalled by Huddersfield.  He then rejoined South Shields on loan.

Will has joined Shildon AFC on a one-year deal with a one-year option.

Will said “I’m very happy to sign for Shildon AFC and I’m looking forward to playing football again in front of fans with this ambitious club”.

Manager Daniel Moore, delighted with the signing said ”Will has come in during pre-season and has added something different to what we have in the squad. What has impressed me most is his attitude and his desire to play football. His quality on the ball and his direct running will give us a different option but he can play in a number of positions. I really am excited to see what he can bring to the club over the coming months.”

Welcome to Shildon AFC Will.