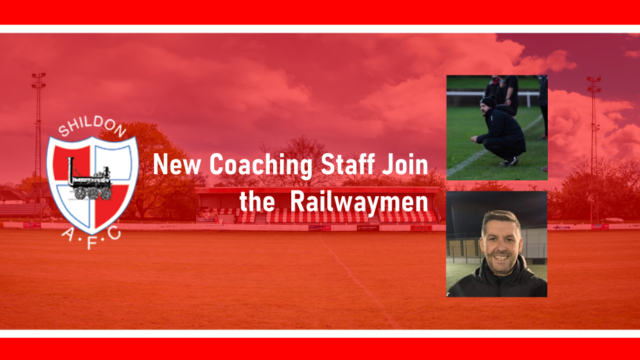 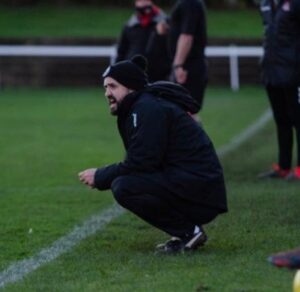 Carl worked as a football coach in America for two years before returning to the UK In 2016.  Since then he has coached for York City Academy, Darlington Youth and Darlington Railway Athletic.  He achieved his UEFA B badge in 2018.

Carl commented “after speaking with Jamie and Deano it was an easy decision to come on board and I’m very much looking forward to meeting the lads and getting on the grass”.

Jamie Tunstall, Shildon AFC Manager said “ I’m delighted to welcome Carl to Shildon. He’s been quite sought after and when watching him work I’ve always been impressed by him. He’s another type of character like Deano (Browne) and I who is young and hungry and eager to succeed.  He’s got good coaching qualities that can fit in with what we’re trying to bring to the club and I know the lads will really like working with him.” 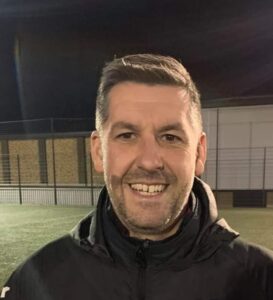 Iain has worked as a goalkeeping specific coach from junior level through to senior level for fifteen years. He was part of Durham County U18’s coaching team for over ten years who won the Northern Counties cup five times in a row.  He played a key role in the Birtley Town coaching team that gained promotion to the Northern League in 2017.  After success with Birtley he moved to Seaham Red Star in the Northern League Division 1 where he spent one season before moving to Jarrow FC in 2020.  He was then approached by Newcastle Blue Star, spending the 2021/22 season as their goalkeeper coach.

Iain commented “once I was approached by Jamie and Deano it was an easy decision to the join the Club, I’m looking forward to the challenge and working with the lads.”

Jamie said, “I’m really excited to start working with Iain. He was recommended to me by a couple of different goalkeeper coaches and from our first conversation I got a good feeling.  We’ve spoken a few times now and he’s really excited to get to work and I’m sure he’ll be a great asset for us.”