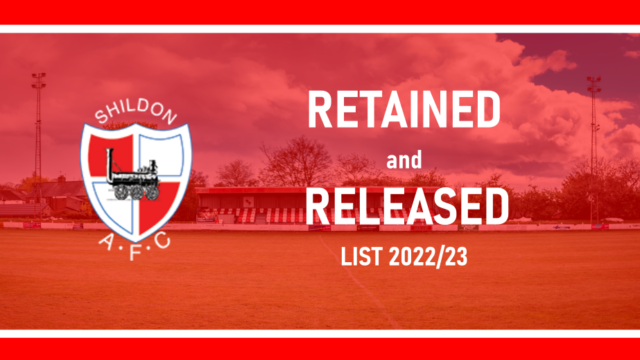 Shildon AFC can confirm the retained and released list for the 2022/23 season in the PitchingIn Northern Premier League East:

We would like to thank those players released for their efforts for the Club, particularly Shaun who was instrumental in the Club winning the Durham Challenge Cup at the Stadium of Light in 2019.

Thanks should also go to Danny Craggs, who with Shaun, was part of our promotion winning squad and who has also left the Club following the end of the season.

You will always be welcome at Dean Street!