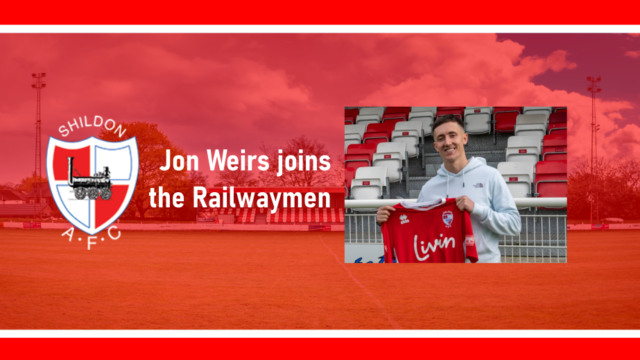 Shildon AFC is delighted to announce the signing of Jon Weirs.  Jon is an attacking midfielder who likes like to beat players and pick a pass.  He is a former scholar at Hartlepool United following which he gained four years experience in the Northern League with Seaham Red Star, Whitley Bay and Sunderland Ryhope CW (2 spells).   He won the 21/22 Durham Challenge Cup with Sunderland Ryhope CW. 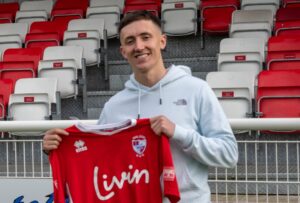 Shildon AFC Manager, Jamie Tunstall said “Jon is a really exciting player who Deano (Browne) and I saw plenty of last year. He was the standout player on a couple of occasions against us and really impressed.  He’s a player who can play centrally or out wide and I’m sure the fans will love watching him play.  He’s had four good years of northern league football and he’s really hungry go and prove he’s ready for the next step”.