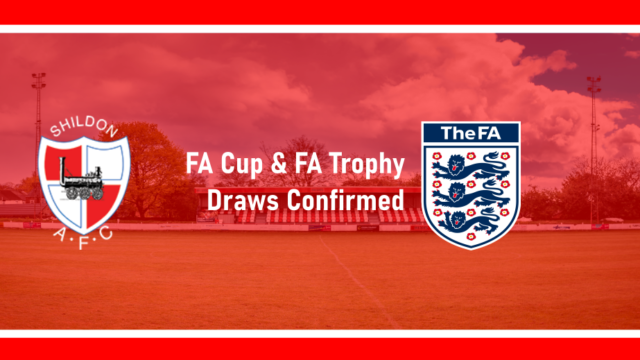 We can confirm that the draws for the FA Cup and FA Trophy have been drawn and Shildon AFC have the following fixtures:

The Emirates FA Cup – Preliminary Round