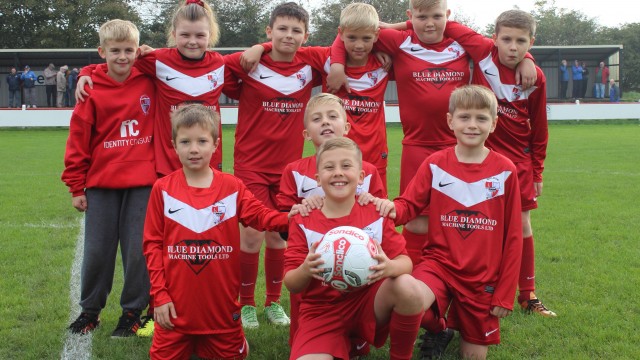 Our U10’s team are through to the league cup semi finals with a fantastic 2-1 win away to previously unbeaten Norton. Match report below:

Man of the Match – Jacob Race

Shildon progressed to the semi -final of the league cup after an outstanding win against stiff opposition.  Kicking off against the wind Shildon fell behind after 3 mins from a wind assisted long range strike.  Refusing to drop their heads Shildon fought hard and with 2 mins left of the 1st half they equalised with a fine strike by Kane Hopwood.

At the start of the 2nd half Shildon began to get the upper hand with all the team performing to a high standard, and with 2mins left and extra time looming a neat one two saw Kane slot in the winning goal.