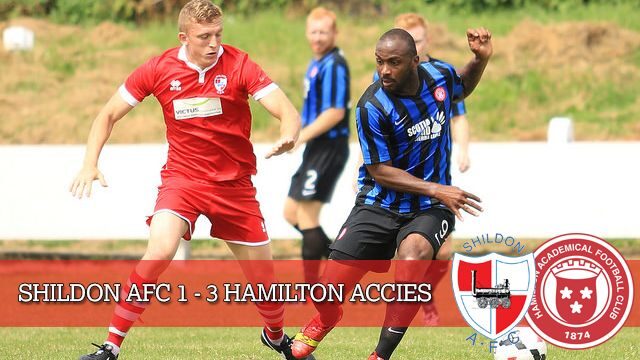 Two goals in the final nine minutes and two penalties were the difference between the sides as Shildon took on Scottish Premiership opposition at Dean Street. The Railwaymen took the lead through Paul Connor and almost held on to it until half time but a 45th minute penalty, converted by Jason Scotland, brought the visitors back into the game. Shildon received an intense lesson in defending in the second half and held out until late in the game, but two goals in the final nine minutes, including another penalty, gave the top flight Scottish side a deserved but hard fought victory.

Tom Clegg took the photos, available below and on flickr.