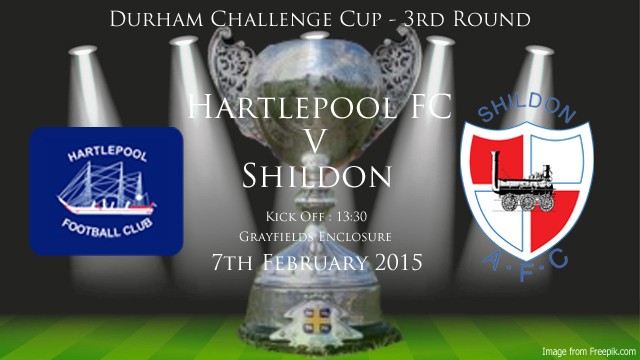 Our club was formed initially as the Fens Hotel in the 1980’s, playing in the Hartlepool Church League and was formed by present general manager Tony Thomas, known to all as ‘Tommo’. We then became Arriva FC and moved to the Mowbray Hotel playing on the Manor College pitch.

As Arriva the club won several local cups, and after finishing runners-up in the Durham Minor Trophy we went on to win it the following year With a 5-4 penalty shoot out win over Horden CC at Peterlee FC.

In 2002-3 season, then known as Teesside Arriva, the club moved into Division 2 of the Teesside League gaining promotion after losing the title on goal difference in the last game of the season after hitting the bar in injury time which would have won the title and winning the Washington Trophy, with a 3-1 win over Spennymoor B.D At Chester-le Street with 2 from Kevin Auton and a Glen Watson Volley a Burness Bowl win over Darlington S.R.M at Wolviston goals from Niel Hay and Dave Clark secured a 2-1 win and finishing as runners-up in the Darlington Charity Cup.

Neil Hay won the Golden Boot for being the second Divisions Leading Scorer.
he also scored the club’s first goal in the Teesside League against Billingham Wanderers

A name change to Hartlepool FC then took place in the close season and in 2003-4 the club won the Teesside league and the Durham Trophy with a 1-0 win over Shildon B.R at Norton Glen Watson scoring a last minute winner and also finished runners-up the following year.
The club’s first goal as Hartlepool FC was scored by Paul Hill to win the game 1-0 at Whitby Fishburn Park in the first game in division 1.

In 2006-7 Hartlepool FC gained entry into the Wearside League, and in 2007-8 topped the table in March but several injuries cost the chance of the title. The first Wearside League game was a 5 hour round trip to Cumbria to play Windscale and after leading 1-0 at the break we went down 2-1. Sean Kinnersley scored the first goal on 28 minutes.

The first hat trick was scored by Chris Archer v Windscale at home. The youngest player to play was Matty Thomas at 15 years and 167 days in September 2009. The youngest scorer was Andy Ross at 17 years and 320 days while Jon Gibson played 35 out of the 39 games losing out on a full season due to a ban.

In 2005-6 Shaun Ross became the first club player to be given a chance to play professional football when he was given a one-year contract by fomer Pool’s boss Mike Newell at Luton Town FC. Although Shaun never broke into the senior team he did play for the reserves, but returned to us the following year after Newell left the club.

On September 27 2006 the club drew Hartlepool United in the Durham Challenge Trophy at Billingham Town. Although we lost 4-1 we put in a good performance against a team made up of reserves and youth team players who later went on to win the Trophy.

In 2007 club president Tom Harvey was presented at Victoria Park with a gold medal and mementoes from the FA and Durham FA after 50 years service with both associations. Tom, vice president of Durham FA, is also a director. In 2010 Tom was made a life member of Durham FA in recognition of his many years of outstanding service.

In 2005-6 we entered a reserve team in Div 2 of the Teesside League managed by Ron Dowson and Gary Benvin the following season they moved as the senior team into div 1 when we gained entry into the Wearside League and were runners-up in the Lou Moore Trophy, but due to costs and travel we resigned at the end of that season.

In season 2004-5 we entered a team in the Durham Lomax u18 league managed by Tony Thomas and Paul Muir. After a good season the club lost 3-2 after extra time in the cup final v Willington who won all the trophies that season. An indifferent season followed as the players were then over age – an attempt to keep going the next season failed due to players moving up and work commitments.

In season 2005-6 Dave Lobb introduced his u16 team playing in the Teesside Alliance and they finished a very respectable 3rd in the league. The following season they won the u18 league title, the Challenge cup with a 3-1 win over Norton & Stockton at Hurworth and the Hartlepool Sports Council team of the year as u17’s. In 2007-8 they crowned it all of by winning the Durham u18 trophy with a 5-0 win over Crest at Billingham and only lost the title on goal difference to Marton after conceding a goal in the 6th minute of added time after leading 2-1. Andy Ross was the leagues leading scorer in 2006-7 and Billy Gatenby was the leading scorer in 2007-8.

In 2007-8 we entered a team in the church league managed by Ron Dowson and Darren Rowbotham which included all of the u18 squad. They won the Arnold Swift Trophy with a 2-1 win over Hartlepool Fens were runners-up in the league, and reached the senior Durham Minor Cup semi-final out of 120 teams. In 2008-9 they finished third in the league and reached the last eight in the Minor cup, again out of 128 teams.

In 2006-7 Carl Paylor brought in an u11 team competing in the Russell Foster League but due to small squad called it a day after just one season.

In 2006-7 Andy Nixon brought over his then u13 team and in season 2008-9 were runners-up in the challenge cup after a great run in the county cup. While nearly all the team as Manor College won the county schools cup. This cup, known as the Londonderry Cup, is the oldest school cup competition in Britain and Manor were only the third team from Hartlepool to win it, beating Lord Lawson School in the final at Billingham. Fifteen out of the seventeen player Manor squad in that final have played for, or are still playing for, Hartlepool FC.

This squad moved on to competing in the TJFA U18’s league and was run by Chris Jones and John Marsden for two very successful seasons seeing the squad win the Division Two title in 2010-1 and the Division One title in 2011-2.

On June 12th 2010 Hartlepool FC set up a Girls Soccer School at TDSOB club base. These are ninety minute sessions which now take place every Saturday morning at 10-30. Thanks go to Dave Newton, Andrew Nixon, Anthony Thomas and John Marsden for getting this off the ground. The sessions are now administered by Kerri French and Head Coach Liam Clark.

In the 2010-11 season Andrew Ross won the Wearside League most Man of the Match Awards during the season .

In the 2011/12 season the side finished 12th in the Wearside League, under the stewardship of first Tony Thomas and then Chris Lax from October onwards. The season was most memorable for a scheduled Durham Challenge Cup game against then Blue Square Premier side Darlington. Unfortunately the Quakers entered administration and were unable to fulfil their fixture, meaning Pool got a bye to the second round where they lost 2-0 to Northern League Esh Winning.

On Thursday, May 10, Chris Lax left the club with immediate effect as manager, and club chairman for 12 years John Ward also left the club, after a decade and a two years of excellent, committed service to he club.

In 2011-12 season Mick O’Callaghan and Amy Cowan started a Girls u/11 9 a side team in the Russell Foster Summer league at the start of the season as did
Jonny Murray who formed a boys u/8 Team in the T.J.A.F.L in the same season they won the Hartlepool United Tournament and were beaten finalists in the League cup they then moved on to Greatham FC.

Two weeks after the departure of Chris Lax, on May 25, Wilf Constantine was brought in as the club’s new manager, with a coaching staff of his son Jonathan, Paul Pringle and Brain Rowe for the 2012/13 Wearside League season.

Sadly, due to health problems, Constantine was forced to step down from his role as manager in mid-September, leaving the club in a very healthy position of 8th. In caretaker charge was Pringle who steered the side to two successive wins.

On September 26 2012, the club announced their new manager as Gary Benvin who had formerly played for the club and managed the club’s reserve side in 2005/06. After a poor run Benvin was replaced by Eddie Routledge and his assistant Don Naylor in March 2013. The clubs Under 21 side clinched the inaugural DFA/Russell Foster U21 league with one game to play and having lost only one game all season.

After the departure off manager Don Naylor on October 4th 2014 the management team from Seaton Carew came on board on November 1st Terry Hill,Chris Birkbeck , Paul and Julie Hackwell and former Chairman John Ward
and secured a Durham Challenge Cup win over Silksworth to set up a 2nd round game at home Northern League Div 1 team Billingham Synthonia.

Secretary Chris Murray also deserves great praise during this time.
At the start off 2014-15 season Kevin Faints Seaton Carew u/17 team came on board to play in the Russell Foster Sunday League.

While Paul Beddow’s Greatham u/18 team came on board as our reserve team and play in the Durham Alliance league.
Jake Larkin scoring the teams first goal at Shildon Reserves in a 2-2 draw.

A major sponsorship deal with JDR Cable Company in February 2014 as secured the future off the club thanks to all that made this possible.

On January 10th 2015 the club reached the 3rd round of the Durham Challenge Cup for the first time after a 2-0 home win over Northern League Div 1 team Billingham Synthonia with goals from Craig Hutchinson and Matty Kelsey meaning a home tie with high flying Shildon in the quarter final.