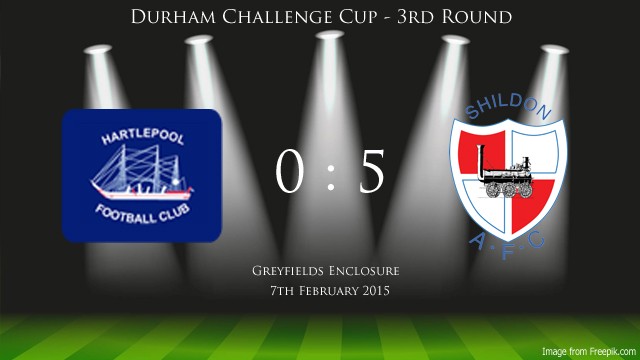 Shildon AFC are through to the semi final of the Durham Challenge Cup after a comfortable 5 – 0 away win at Hartlepool FC on Saturday 7th February 2015.

It was one way traffic from the kick off with the Railwaymen passing the ball around at leisure, taking the lead on 17 minutes when a Billy Greulich-Smith header was knocked onto the bar by keeper Callum Hudson, rebounding back out for Micky Rae to head home.

Shortly after it was 2 – 0 when a Micky Rae cross found Billy Greulich-Smith who headed in from close range.

It was constant Shildon pressure but Micky Rae, Billy Greulich-Smith and Ben Wood all failed to add to the score.

It was all Shildon in the 2nd half and just after the hour Lee Chapman’s free kick gave keeper Hudson no chance.

On 72 minutes Ben Wood made it 4 – 0 firing into the bottom corner and then a brilliant strike from 25 yards by Jack Taylor made it 5 – 0.

After the match manager Gary Forrest said “This was a comfortable win”. 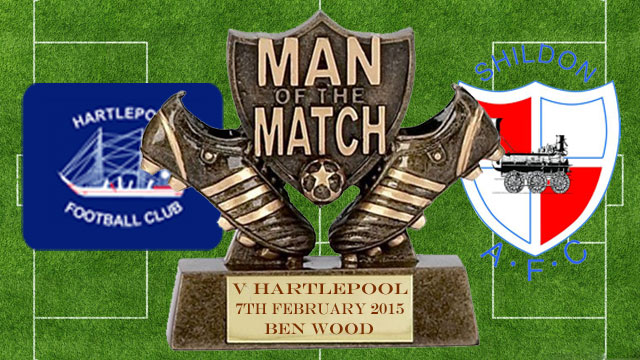