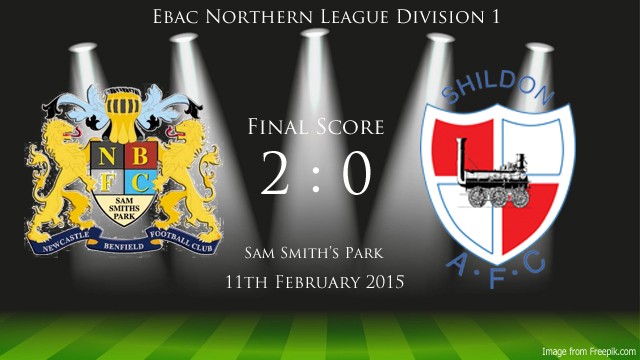 Shildon AFC league title challenge took a knock on Wednesday 11th February 2015 when they were beaten 2 – 0 at Newcastle Benfield.

With both teams playing open football there were chances at both ends with Shildon’s keeper Kyle Hayes making good saves from Michael Riley and Paul Brayson, with Benfield keeper Andrew Grainger stopping a Bobby Moore drive.

On 36 minutes Bobby Moore hit the bar from a corner before a soft penalty was awarded against Darren Richardson. Grayson’s penalty kick was brilliantly turned onto the post by Shildon keeper Kyle Hayes. A minute later however, he had no chance when captain Grayson was clean through and he lifted the ball over him for 1 – 0 to the home side.

Shildon were more effective in the 2nd half with Mark Hudson firing  just over the bar , and keeper making two good stops from Ben Wood.

Benfield were awarded a hotly disputed second penalty for a foul by Mark Hudson on 71 minutes, but this time Brayson managed to beat Hayes from the spot.

Both side continued to create chances but the score remained the same, with Benfield slightly edging the game on the night and deserved to win. 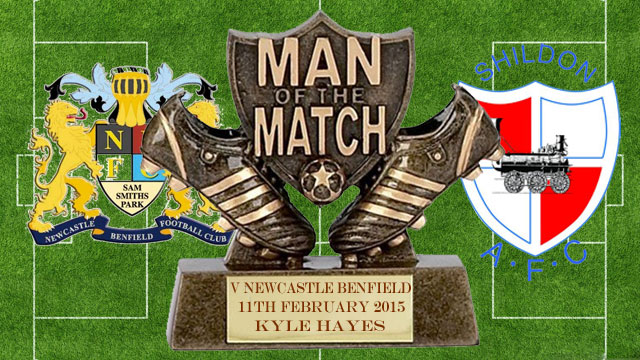