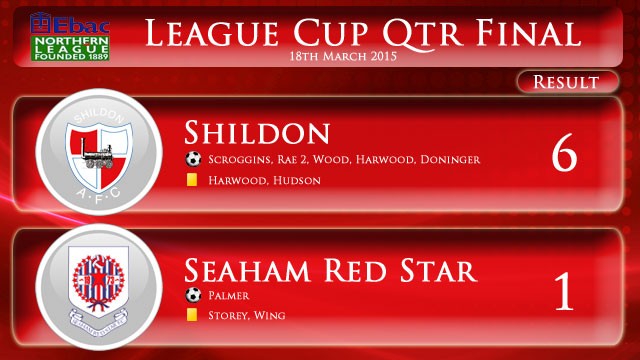 Shildon AFC are through to the semi-final of the Brooks Mileson Northern League Cup after beating Seaham Red Star 6 – 1 at Dean Street on Wednesday 18th March 2015, with all of the 6 goals scored in the 2nd half.

Apart from a Bobby Moore header hitting the bar in the first minute, Shildon didn’t have another shot on target up to the break.

Seaham, who are currently top of the 2nd Division, 10 points clear, with games in hand, took the lead on 28 minutes when a long ball was chested down by No  10 David Palmer who fired past Shildon keeper Kyle Hayes.

It was a game of two halves, with Shildon playing far better after the break . They equalised from the spot on 51 minutes through Lee Scroggins after Ben Wood was brought down in the box by Chris Storey.

Minutes later a scramble in the goalmouth from a Mark Hudson corner resulted in Micky Rae fumbling the ball over the line.

Shildon were in full control and on 68 minutes a Lee Scroggins shot was blocked and Ben Wood fired the rebound into the top right corner for 3 – 1.

Micky Rae got the 4th with his second attempt, and on 85 minutes a class move between Mark Doninger and Jamie Harwood saw Harwood slot the ball past the advancing keeper.

A minute later Harwood put Mark Doninger through for Shildon ‘s 6th goal of the night.

Subs:  Rundle for Wood 75, Doninger for Greulich-Smith 75, Taylor for Hudson 77. 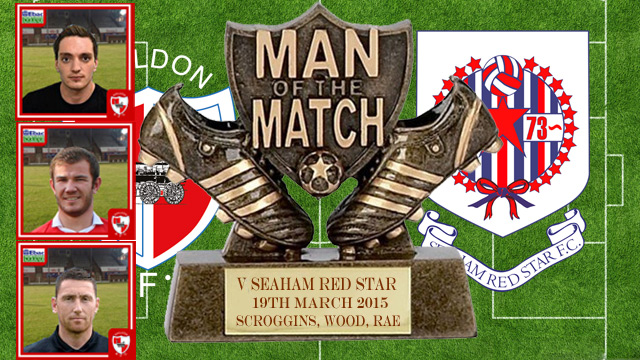