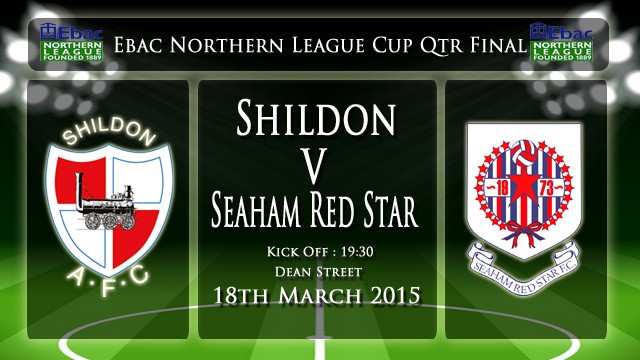 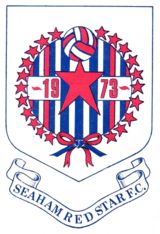 Road to the Quarter Final

Seaham Red Star are named after the pub in which they were formed. A Sunday morning side in 1973, they are now widely regarded as one of the Northern League’s leading clubs.

Much of the credit for the Club’s early development belongs to Ralph Pigg, the initial Secretary, and Larry Phillips, the Club’s first Manager. The pair, supported by a small committee, entered a side in the Houghton and District League and, after a promising first season, made a successful application to join the Northern Alliance League in 1974. After a further five fairly successful seasons, the Club felt sufficiently confident to join the then highly competitive Wearside League in 1979. This confidence was soon justified, the Club winning the Durham Challenge Cup in 1980 and the League and League Cup “double” in 1981-82. In 1983, they were elected to the Northern League Second Division and , after some near misses, eventually gained promotion to the First Division in the 1987-88 season.

Bryan Mayhew took over as Chairman of the Club in 1986 and, with able support from  former Secretaries, Harry Hobson and John McBeth and a small hardworking committee – in particular Reg Atkinson, Dave Copeland, Jim Ferguson and John Smith –  the Club enjoyed First Division status for an unbroken fourteen seasons. Notable successes during this period, included finishing third in 1993-4, winning the League Cup in 1992-3 and, after leading the table for most of the season, finishing second in 1999/2000. Mayhew was also a prime mover in getting the League to join the National Pyramid, calling the Special General Meeting of clubs which eventually led to the historic decision being made.

Just two years after finishing runners-up in the First Division, the Club suffered its first ever relegation in its near thirty years history. Even worse was to follow when, as a result of  dwindling committee support, officials took the reluctant step of  tendering the Club’s resignation from the League.

However, following a positive response from a number of local people keen to see the Club continue, a new committee was formed under the chairmanship of John Smith and the resignation was withdrawn.

The Club’s re-introduction to Division 2 at the start of 2002/3 got off to an unpromising start but, after bringing in Neil Hixon as Manager, the Star failed by the narrowest of margins to gain an immediate return to Division 1. Unfortunately for the Club, Neil’s achievements resulted in him being snapped up by Durham City shortly after the start of last season, effectively putting our promotion aspirations on hold for at least another year. However, with experienced Northern League manager Peter Mulcaster steadying the ship, the Club finished in a respectable mid-table position.

Neil Hixon returned as manager in 2005 and along with Stuart Gooden and former Sunderland & Scotish International George Herd put together a side that won promotion back to the First Division in the 2006/07 season. The following season Hixon & Herd moved to Sunderland RCA and Gooden took over the team which finished in a creditable 8th place in the table. The following season saw yet another change in management with former Darlington player Andy Toman taking over. Another dip in club fortunes saw the side face relegation.

The 2010/11 and 2011/12 were two of the worst seasons in the Red Star history with the team involved in relegation battles which could have seen the club relegated to the Wearside League, both battles were successful and the club retained it’s Northern League status.

This season the club appointed Mark Collingwood and Simon Johnson, who achieved great success in the Northern Alliance League with Hebburn Reyrolle.