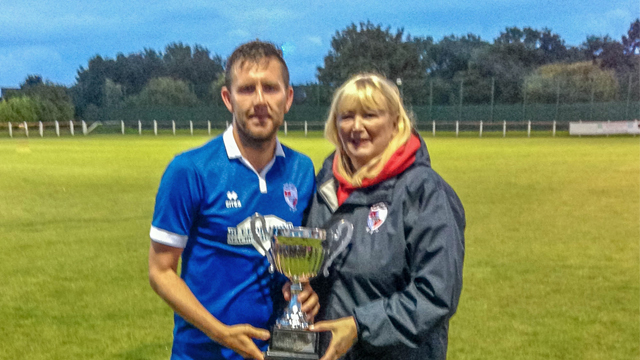 Shildon retained the John Hay Memorial Trophy with a 3 1 win at Seaham.

Mark Doninger opened the scoring with a free kick from 25 yards early in the first half. Seaham grabbed an equaliser in the second half with another well taken free kick by ex Shildon player Lee Kerr.

Straight from Kick off Shildon restored there lead when Paul Connor arrived at the back post to tap in. The 3rd and best goal of the night came from Kyle Fryatt who hit a volley from 25 yards into the top corner of the net.