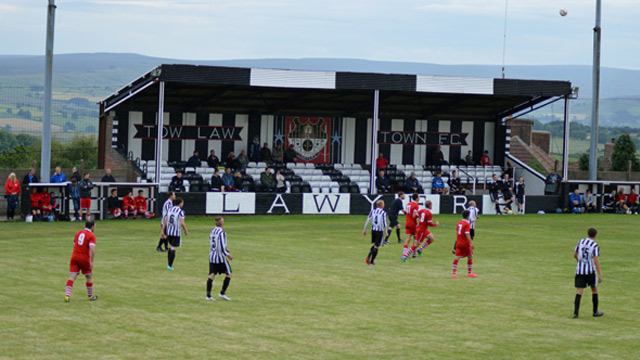 Pre-Season continued with an away trip to Tow law on Friday 24th July.

With several first team players missing Shildon’s numbers were made up with players from the Under 18’s and also coaches Phil Brumwell and Stuart Niven.

Shildon opened the game with 3 goals in the first 10 minutes from Fryatt, Rae and Wood. Rae went on to complete a first half hat trick making it 5 nil in the first half.

The second half was slightly more disjointed with both teams making subs throughout the half. Paul Connor added the sixth before Tow Law grabbed a consolation goal.

A few pictures of the game can be seen here