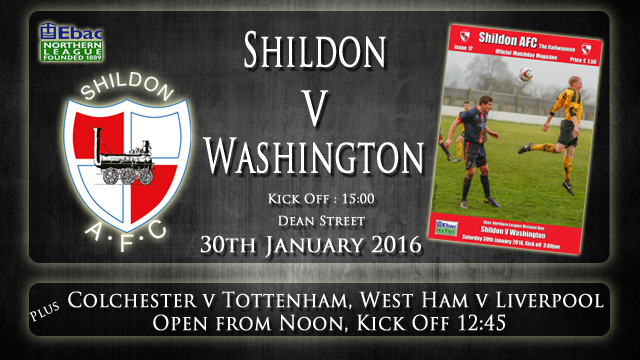 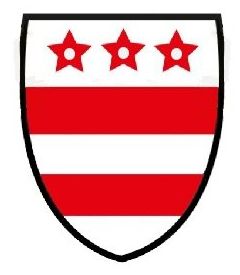 Washington ‘F’ Pit in the ‘forties’ would have been, I should imagine, a daunting place to spend your working life. Especially with the shortages and rationing prevalent from the war, making life that little bit extra hard for the working classes. But, as in all situations of adversity, a deep-rooted, sense of pride and comradeship existed among the men at the Colliery and it was out of this comradeship that the first ‘F’ Pit football team was born in 1947, Football at this time was the main spotting indulgence of workingmen at weekends, and it was the ‘togetherness’, forged during the dark hours in the bowels of the pit that saw the team shed their original function of playing Saturday afternoon friendly games, to step into the ‘Big Time’ in 1947 by becoming members of the Gateshead and District League under the banner Of Washington Mechanics. Their first season in the league took them to the final of the Gateshead and District League Cup, and then they were elected to the Washington Amateur League in the 1949/50 season. The following years however saw a decline in interest and even blasphemous talk of calling it a day. Finally a colliery blacksmith, Billy Benson, took over as Secretary and soon things began to change. In the 1955/56 season the Mechanics won three cups, and the League title for the first time. In the 1956/57 season they went onto even greater success by winning the coveted Durham F.A Amateur Challenge Cup. They won the League again that season and also won the Chester-le-Street Aged Miners Cup. Five League titles on the trot, a Washington League record to this day, were to follow, as the unbelievable statistic of seven out of eight Championships were etched in the local record books.

Notable personnel among a strong Committee at this time were N Duckcr, H. Richardson, F. Coyle and T. Forsythe, and as the interest of the Washington people increased they were joined by other stalwarts such as Jack McCourt, Oliver Proudock, and Jack Crook, who like Billy Benson himself, were to dedicate best part of their live to the cause. The club was also fortunate in having a young man by the name of Ronnie Ducker in their playing ranks during these illustrious times and, although he assures the writer he was ‘dynamite’ on the wing, even his eight Championship Medals. (he played for Washington Glebe in the 1960/61 season when they prevented ‘The Mechanic’ making it eight out of eight, could not surpass the excellent service he was to give the club over the next 40 years as club joiner/handyman, Club President and finally Company Director. The Mechanics stay in the Washington Amateur League lasted until 1964 from where they sought pastures new by joining the very prestigious Northern Alliance League. Although their one and only season in the Alliance League did not produce any actual ‘silverware,’ success of another nature was archived the following season, when Billy Benson was successful in applying for membership of the Wearside League under the new name of Washington Football Club, a massive step for a team from such humble beginnings .How far the club had progressed was reflected in the quality of the opposition. Although they finished runners-up in their first season, and a similar position in the mid-seventies when they also lost in the final of the League Cup to Steels F.C., the League Championship was to remain an elusive dream. In order to achieve Wearside League status the club had moved from it’s home in Spout Lane, which was really a village green in those days, to Usworth Park, a Colliery Welfare Ground of high standing, and it was there they played all their home fixtures, the highlight of which was the F.A Cup Third Round tie against League opponents Bradford Park Avenue, when nearly 3,000 people crammed the ground to see their team give a battling display in going down 3-1 to the professional outfit. During the early Wearside League years the Committee was further supplemented by the addition of enthusiasts such as Hedley Ellerington. Bill Blevins and Tom Boylan, people who were to prove crucial to the club’s survival in very difficult period in the club’s history. In l975, with Washington now a New Town, the Development Corporation decided it would be necessary to re-route a road through Usworth Park and consequently the club lost one of the best playing surfaces in the league, and found itself dispatched to Glebe Park to share facilities with various other clubs, a situation totally unacceptable for a club of Wearside League standing. Things continue to deteriorate, and in 1978 the club received a massive blow with the sudden death of Secretary Billy Benson. With a string of temporary’ secretaries failing to fulfill the rigorous demands of the post, the club were approaching turmoil, until ex-player, Dennis Cairns, stepped in to instill the equilibrium required by a club operating at this level.

The Committee decided at this point it was essential the club should find a home of their own and the Development Corporation was approached, without much success at first. However the persistence and hard work of Cairns and Tom Boylan in hounding the authorities non stop finally paid off when in 1979 the present site, now named Albany Park, was leased on 88 year contract to the club. The task was now to bring the site up to Wearside League standard by completely enclosing the ground with wooden fencing and providing hand-railing around the perimeter of the pitch, both of these tasks a massive undertaking for the part-time volunteers. However, sheer hard work and dedication over the neat few months, saw the job completed and with the assistance of the neighboring Miners Welfare, who provided changing facilities and showers, the club began playing Wearside League games at Albany Park in season 1980/81.The next step was to attempt to have a licensed club house built on the ground and various a venues were explored without success. Nearing the and of 1981, the Committee were informed that Secretary Dennis Cairns would be leaving the club as he had bean successful in applying for migration to South Africa, and once again the club experienced difficulties in filling the secretary’s position from within their own ranks, and consequently, in 1982 the present secretary, George Abbott, was appointed and the Committee also received a boost with the addition of Bob Goodwin, Peter Stubbing and two ex-players, Dixie Armstrong and Barry Spendley. Unfortunately, the addition of these members was tempered by the sudden death of Oliver Proudlock and the sad loss of another great fiend of the club, George West, who was tragically killed at work.

In l983 the club were fortunate to obtain a Mortgage from Greenalls, a brewery keen to make a breakthrough in the north-east, and following protracted negotiations with the Council, a £95,000 licensed clubhouse was built adjacent to the pitch at Albany Park, which opened it’s doors in December 1983.The club continued to play Wearside League Football up to 1987, and then their next ambitious move, saw them make a successful application, and Northern League football was introduced to Washington in the 1988/89 season. Unfortunately, one stalwart was not to see this historic step, as Jack McCourt passed away at Christmas time 1984. Without achieving success of any description, the club continued to enjoy the higher standard of football provided by the Northern League but in February 1991 disaster struck, when the clubhouse was completely gutted by fire.

The remainder of the 1990/91 season was played out using the crippled changing facilities of the club house, but the following season saw the club ground-share with Ryhope CA. whilst awaiting the re-building of their club house During the renovations, the opportunity to extend the social side of the building was taking, a wise decision in retrospect, as the club is now a popular venue for all types of social events and functions, and another major decisions to buy Albany Park, was made and transacted at the same time. Although the club house was not fully completed, the team resumed playing their fixtures at Albany Park in the 1992/93 season, and again the occasion was tinged with regrets as long-standing treasurer Jack Crook passed In 1994 the Northern League joined the Non–League Pyramid system and this meant massive expenditure for clubs such as Washington who were compelled to provide floodlights of a good standard, stands with undercover seating and not least of all, hard standing round the pitch. Again it was all hand to the pumps for the Committee, and eventually, albeit at the expense of the playing side of the club, funds were some how raised to implement the stringent requirements of the League. In l998 Washington became associated with the local based company Ikeda Hoover who intimated their interest in becoming involved in sport in the Washington area. This union brought about a steady improvement in the club’s fortunes, with company employees adding strength to vital positions in the team, which resulted in our promotion to Division One of the Northern League for the first time in the club’s history. Unfortunately the 2001/02 season saw the parting of the ways for the club and Ikeda Hoover as the company charged hands, and although we were unluckily relegated in season 2003/04 we feel the experience gained playing against The best clubs in the Northern league should stand us in good stead in our quest to regain First Division status once again. In June 2004 the Social Club was purchased by local business man Russell Foster, who has refurbished the inside of the club, and is who’s sponsorship has secured the Football Team future. George Abbott secretary, from 1982 resigned and Barry Spendley took over the reigns. In 2006 Cameron’s Brewery bought out Russell Foster and are now the club’s main sponsors. Season 2006-2007 Washington finished third in the Second Division and were promoted into the First Division of the Arngrove Northern League. Washington were relegated back to the Second Division at the end of season 2007-2008 Washington had a poor season in 2009-2010 finishing in the bottom half of the Second Division. Season 2010-2011 Washington move grounds to the Nissan Sports and social Club. Season 2011-12 Ritchie Latimer was appointed manager. July 2013 Chris Martin appointed manager. September 2013 Steven Hutchinson appointed manager.

Washington finish the season 2013-2014 with a defeat in the Ernest Armstrong Cup losing 1-0 to Jarrow Roofing. Season 2014-2015 Washington finished runners-up and were promoted into the First Division.