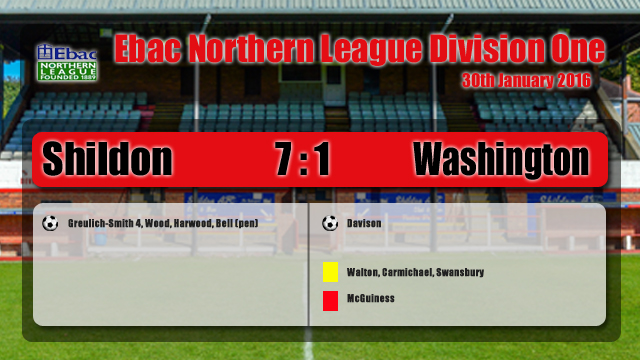 Shildon remain 5 points clear at the top of the Ebac Northern League after a 7-1 demolition of Washington.

Kicking with the wind in the first half Washington took the lead through Davison on 20 minutes. Then Billy Greulich-Smith scored his first of what would be 4 in the game to level it up at half time.

In the second half Shildon dominated from start to finish with Billy completing his hat-rick and Jamie Harwood and Ben Wood scoring. With 2 minutes to go Anthony Bell as fouled in the penalty box by Stephen Stewart and stepped up to make the final score Shildon 7 Washington 1.