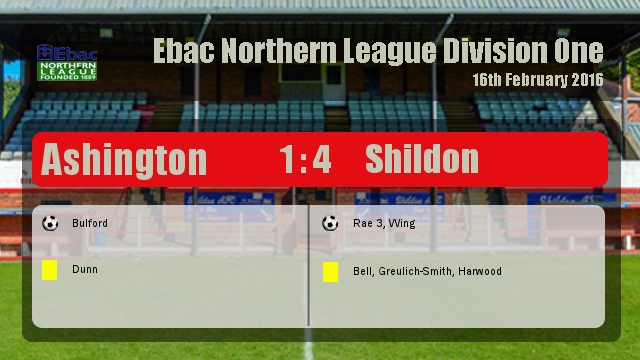 A Micky Rae hat trick gave Shildon  all three points in the re-arranged game against Ashington because of playing Anthony Bell in the first game without international clearance.

Shildon were a goal up inside the first 2 minutes before adding a second before half time. Micky Rae completed his hat trick before substitute Lewis Wing added the fourth in injury time at the end of the game.

The win moves Shildon 11 points clear at the top of the Ebac Northern League Division One.