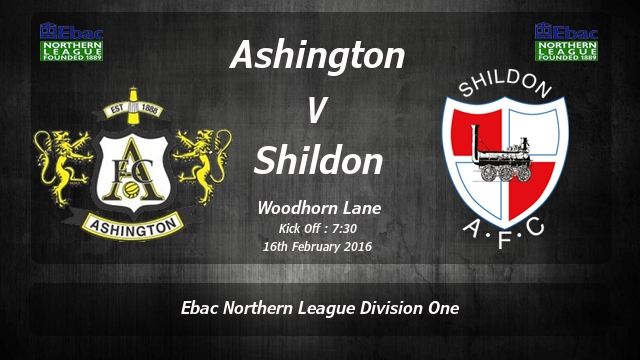 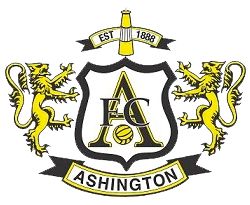 Mention Ashington to any football follower and the chances are they will have heard of the birthplace of World Cup winning brothers Bobby and Jackie Charlton. Jackie Milburn, a legend at Newcastle United also played for the town’s team, known unsurprisingly as the Colliers.

Ashington AFC was formed in 1883 making it one of the oldest Clubs in Northumberland. Despite it’s minor status it entered the FA Cup as early as 1887. After joining the Northern Alliance in 1892, the club soon switched to the East Northumberland League where it remained until 1902 when it returned to the Northern Alliance. The Colliers played in this league until 1914, winning the League Title in 1913/14, as well as the Northumberland Challenge Bowl in 1913. They switched to the North Eastern League in 1914/15, finishing the season in ninth place. The outbreak of World War One brought an end to the League.

With the Great War over, Ashington returned to the North Eastern League. After finishing seventh in 1921, the Colliers were elected to join the Football League Third Division North with fellow North Eastern League sides Darlington, Durham City and Hartlepools United. In 1921 Portland Park was upgraded from a typical Non-League venue to a stadium designed for 20,000. It had a re-laid pitch, new pavilion, tearoom and large press box added, as well as new signing Knowles from Manchester United. Thompson was also signed from Leeds and Foster was brought in from Sunderland. Ashington’s play ers were now ready for their professional debuts. An opening day crowd of 10,000 saw Dickinson fire in the only goal of the game, as Ashington defeated Grimsby Town 1-0 at home. By the end of the season the Colliers finished in a respectable 10th place. After finishing second bottom the season after, Ashington were successfully re-elected and finished the 1923/24 season in a superb eighth position, hosting Aston Villa at home in the FA Cup with a crowd of 11,837 packed into Portland Park, to see the Colliers lose 5-1. The Colliers remained amongst the Country’s elite until the 1928/29 season when a disastrous campaign saw the Colliers finish bottom and become one of the first clubs to miss out on re-election. A struggling team and the miner’s strike, hit the Colliers hard as crowds dropped dramatically to under 1,000 for the final few home games in the Football League.

After losing League status, the Colliers returned to the North Eastern League and reached the FA Cup first round again, going down 3-0 to former Football League opponents Rotherham. With the War ended, Ashington returned to the North Eastern League and again reached the FA Cup First Round in 1950, with Rochdale making the trip to Portland Park. A club record attendance of 13,199 saw Ashington narrowly lose 2-1. When the North Eastern League folded Ashington joined the Midland League for the 1958/59 season. Ashington were runners-up to Peterborough United in their first season and were third in their second season . Despite the success the amount of travelling became a big problem and Ashington joined the North Regional League. The club then joined the Northern Premier League for the 1968/69 season facing the likes of Macclesfield Town, Wigan Athletic, Boston United, Altrincham and Northwich Victioria but financial problems meant the Colliers couldn’t afford to play at that level for more than the one season and in 1970 Ashington FC joined the Northern League.

Ashington’s League form was hardly superb, but the Colliers did reach the FA Amateur Cup Semi-Final in 1974, before losing to eventual winners Bishops Stortford in a replay at Brentford. After finishing third in 1979, Ashington were relegated to the Northern League Second Division in 1984/85. The worst period in the Club’s history followed as Ashington struggled, the club hit rock bottom in 1994 when they were unable to raise a team against Crook Town resulting in the whole committee resigning. A public meeting saw a new committee formed and to celebrate, a group of supporters launched the highly acclaimed fanzine ‘The Pit Pony Express’.

Success soon switched to the team as the Colliers won their first trophy in 19 years, defeating Evenwood Town 1-0 in the 1999 Craven Cup Final and winning the Second Division Championship in 2000/2001. Relegation followed, but Ashington fans were soon celebrating again after winning the Craven Cup in 2003 with another victory over Evenwood under new manager Tony Harrison. 2003/4 saw Ashington have one o f it’s most successful seasons in the past 25 years, an FA Cup run saw Ashington reach the Third Qualifying Round, another Craven Cup final appearance, as well as winning the Second Division Championship after a run of 18 straight wins in 2004. After the shock resignation of Tony Harrison in December 2004, ex-Shildon manager Ray Gowan was appointed manager taking Ashington away from the relegation scrap and into a top half finish by the end of the season as well as two cup semi-finals.

Unfortunately a difficult few seasons followed both on and off the pitch. A few close scrapes with relegation saw the club frequently changing managers and with increasing uncertainty surrounding the clubs Portland Park ground, Ashington FC made the worst start to a season in the clubs history in 2007/8 which saw only one point gained from the first ten matches. In came manager Andy Gowens, a former Ashington player, who worked wonders in keeping the Colliers in the Northern League First Division. On Friday 15th February 2008 Ashington played their final game at Portland Park against Seaham Red Star. A bumper crowd of 1,954 – the biggest attendance at a Northern League game in over 25 years – saw Seaham spoil the party with a 3-2 win.

In the summer of 2008 a new executive board took control of the club led by National Union of Mineworkers President Ian Lavery. In early August 2008 the new ground Woodhorn Lane was opened and on Saturday 30 th August 2008, Ashington played their first game at the new ground defeating UniBond League side Ossett Albion 2-1 in the FA Cup with a crowd of 341. Striker Gareth Bainbridge, scorer in the last match at Portland Park against Seaham Red Star had the honour of being the first goalscorer at Woodhorn Lane.

A number of ex-Ashington players have gone on to make a name for themselves, not only nationally but internationally. Patrick O’Connell, an Irish international centre-half signed from Dumbarton during Ashington’s Football League days went on to manage Real Betis, Sevilla and FC Barcelona! More recently, in 1981 Tony Lowery was sold to West Bromwich Albion. Another player Dave Walton joined Sheffield United before joining Crewe, Shrewsbury and Derby County. An England International also emerged from the clubs ranks – at cricket. Steve Harmison, ranked as the World’s best fast bowler after demolishing the West Indies as he took 7 wickets for only 12 runs at Sabina Park, played central defence for Ashington until 1996 before giving up to concentrate on cricket.