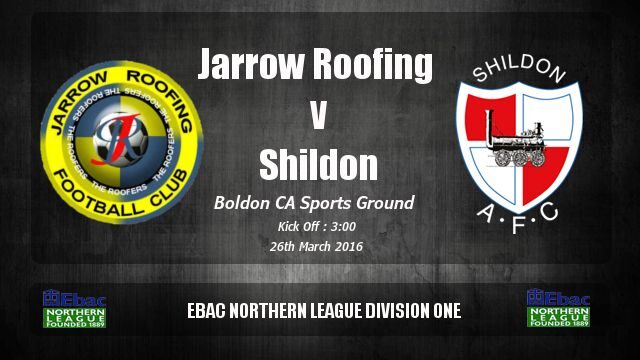 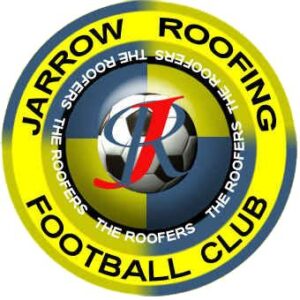 The main sponsor of Jarrow Roofing Boldon Community Association FC is Mr Richard McLoughlin, the Managing Director of Jarrow Roofing Co. Richie has over 35-years experience in the roofing business. Richie has always been involved with football, initially as a Sunday League player with local clubs around South Tyneside. Richie had a vision of sponsoring a club that could play a bit and progress through Saturday football.

Jarrow Roofing were formed ready for their inaugural season of 1987-88, beginning life in the South Tyne Senior League. When this league broke up at the end of their first season, Roofing moved to the Tyneside Amateur League, winning the Bill Dixon Cup and the League Challenge Shield. Roofing were also runners-up in both the league and the Gateshead Charity Shield.

Richie sought the help of friend Brian Marshall, who was Chairman of the local Community Association in Boldon Colliery where there was a bit of land that perhaps could just hold a football ground. Richie began to use his weekends and borrowed machinery to build a ground after Brian had persuaded his Committee that it was a viable project.

The ground slowly took shape and the club moved to the Wearside League for season 1991-92 with a completed new ground at Boldon C.A. Sports Club. After finishing as runners-up the end of the first season, losing out on the title due to goal difference, Roofing were promoted to Division One.

At the end of season 1995-96, the Roofers were runners-up in Division 1 having lost out on the title due to a three points deduction. With Marske United, the champions, not having the ground facilities in place, Roofing were promoted to the Northern League Division 2.

After one season, Roofing were promoted to the Northern League Division 1, again finishing as runners-up, while the club also won the Craven Cup at the first attempt beating Shotton Comrades 4-0 on Tuesday 6 May 1997 at Moor Park, Chester-le-Street.

During season 2004-05, the Roofers reached the semi-final of The FA Vase before losing 2-0 on aggregate to eventual winners Didcot Town.

Jarrow Roofing remained in the Northern League Division 1 until a 22nd place finish during season 2007-08 brought the first relegation in the club’s history.

In Division 2 Roofing finished 16th in 2008-09 but were promoted back to the Northern League Division 1 at the end of the 2009-10 season after finishing in third place.

Roofing finished fourth, losing out on third place and automatic promotion by virtue of goal difference, in Division 2 at the end of the 2012-13 season. With Ryhope CW, who finished as runners-up, being classified as a relegated club due to failing their ground inspection, the Roofers were announced by the Northern League as promoted, yet this was against the league’s own rules and so Sunderland RCA were ultimately reprieved from relegation with Roofing remaining in Division 2.

A new management team was put in place for the start of the 2013-14 with Paul Bennett and Dean Nicholson joining from South Tyneside neighbours Hebburn Town, however, Bennett left in October of that year with assistant manager Nicholson following in December. Ian Davison became assistant manager in December 2013 with Justin Perry returning to the club as player-coach.

Roofing clinched promotion back to the first division with a 3-0 win over Willington and then two weeks later won the Ernest Armstrong Memorial Cup with Anth Myers scoring the only goal of the game against Washington. Off the field, Roofing’s Media Team – established in the summer of 2013 with the launch of Roofing TV and The Roofer matchday magazine – were heavily involved in the Northern League’s 125th anniversary activities, producing souvenir magazines on behalf of the league. The Roofer was awarded the Northern League’s Programme of the Year.