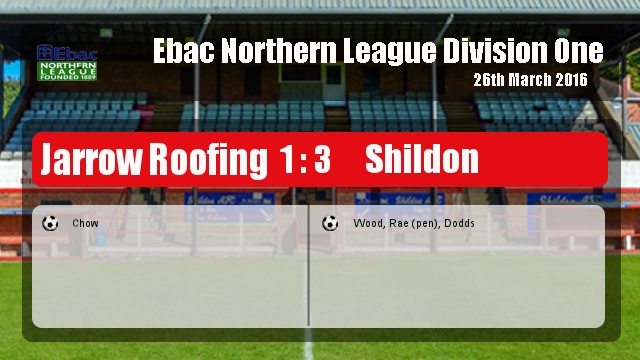 Paul Chow opened the scoring for the hosts before Ben Wood scored Shildon’s 100th league goal of the season to take the teams in at half time level.

In the second half Shildon scored through a Lewis Dodds header after Billy Greulich-Smiths chip shot hit the bar and then a Michael Rae converted a penalty after he was brought down by the Jarrow Roofing keeper.