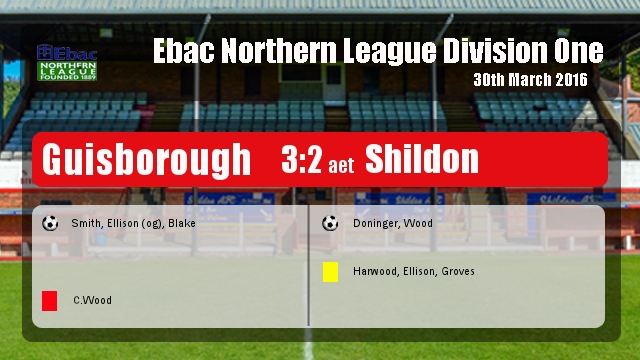 Shildon are out of the Northern League Cup after a 3-2 defeat to Guisborough Town.

Mark Doninger gave The Railwaymen the lead after 26mins before Connor Smith equalised in the 39th minute.

In the second half Ben Wood gave Shildon the lead with a header from close range. After 59mis Guisborough were reduced to 10 men after Gary Wood was sent off for a foul on Carl Jones. In the last minute of normal time Marc Ellison headed past his own keeper to put the game into extra time.

Both teams had chances to win the game in extra time, but it was Guisborough with virtually the last kick of the game who progressed to the semi-final with a goal from Paul Blake.