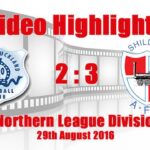 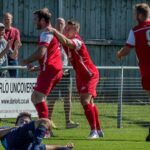 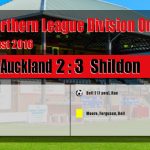 An Anthony Bell double and Micky Rae header kept Shildon at the top of the Ebac Northern League Division One. Trailing at half time to a goal by former Shildon player Andrew Johnson, Shildon responded in the second half to take all three points. First a penalty by Anthony Bell, followed by a shot from […] 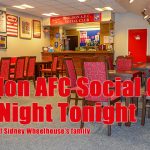 Members of Sidney Wheelhouse’s family will be in attendance at the Sunday night quiz in the Clubhouse tonight. They will be bringing along with them some memorabilia from Sidney’s time playing at Shildon. The quiz starts @ 7:15pm 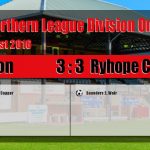 Shildon remain top of the Ebac Northern League after Stephen Capper scored in injury time to draw with Ryhope CW at Dean Street. Twice Shildon took the Lead through David Ferguson and Ben Wood only to find themselves going into injury time at the end of the game 3-2 down. Full Match Report to Follow 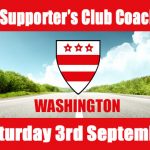 The supporters club will be running a bus to the next round of the FA Cup against Washington on the 3rd September. The coach will be leaving Dean Street at 1:30pm and it will be £7 to travel. There are currently 5 places left on the coach. If anyone would like to travel please contact […] 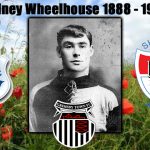 At half time in our Bank Holiday game away to Bishop Auckland football shirts from both Shildon and Bishop Auckland will be presented to the family of fallen hero Sidney Wheelhouse and Directors of Grimsby Football Club. These shirts will then be placed on display at the Military Cemetery in Couin. Commonwealth War Graves Commission […] 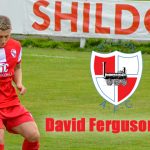 Shildon are delighted to announce that former Blackpool captain David Ferguson has now signed a contract with the club. Ferguson began his career with Darlington in early 2012, making six League appearances in his five months with the club. In June 2012, he signed for Sunderland, but did not make any first-team appearances. He went […] 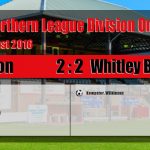 Both teams left Dean Street with there unbeaten records in tact after Whitley Bay battled back from a 2-0 deficit. Shildon started brightly and Anthony Bell shot was deflected in the 12th minute to give Shildon the lead. Then a Paul Connor header gave Shildon a 2-0 lead at the break. In the second half […] 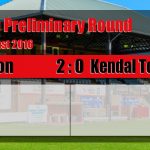 A Lewis Wing goal in each half put Shildon through to the FA Cup 1st Qualifying Round. The next FA Cup game will be on September 3rd either away to Washington or Pickering Town who will replay on Tuesday after drawing 2-2. Full Match Report to follow